Every year the Sequim Bay Yacht Club puts on an event called "Race for the Stars." They race sailboats in the Bay and raise money for Hospice. I made a quilt a few years back for them to raffle at the dinner. This year, they made the quilt and asked me to quilt it.  Here are a couple shots of it...it will make some little kid happy! 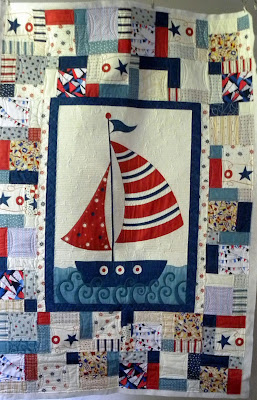 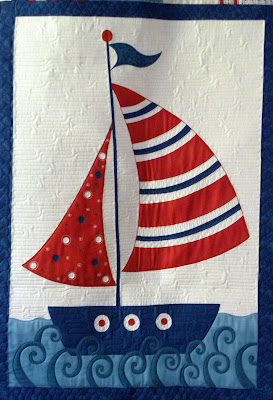 Isn't this one stunning???? (You may want to grab some coffee--lots of photos coming up!) And for those of you who are looking closely, yes this is a photo of the unquilted top.  It was the best one I had that really showed the colors and the amount of work that Megan put into it. 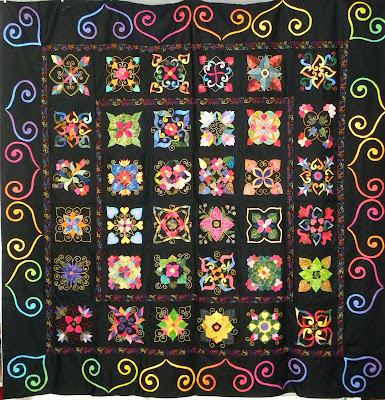 Megan and I seem to have started a pattern of collaborating every other year. She certainly does the hard work though. All that hand applique...amazing!  Here are a couple of shots that show the blocks 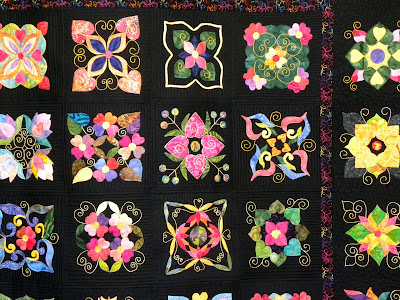 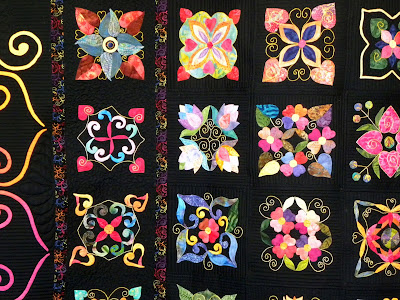 I wanted to highlight the applique on this one and I had three separate areas to do that. I combined three quilting designs in the backgroud to highlight the applique and still bring all three sections together.  If you look at the first picture, you see the outside border with the hearts (area 1) the inner border with the sashing frame (area 2) and then the center with another sashing frame (area 3). I stippled in the outer sashing and then did both horizontal and vertical lines in the center. 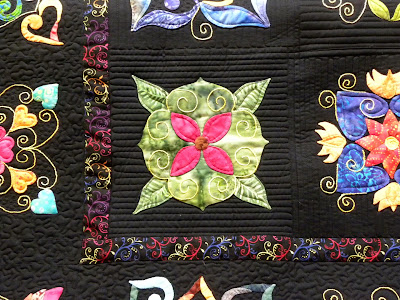 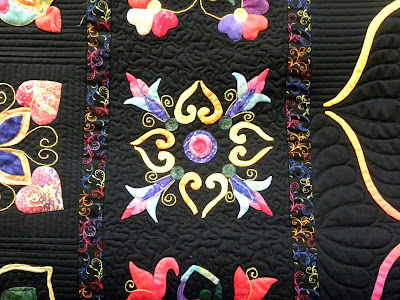 The outer border was a challenge and didn't get quilted until I'd finished the inside. I knew I wanted more linework and feathers, but I wasn't sure how I wanted them. The difficulty was the hearts--the corner hearts were a different size.  I ended up filling the corner hearts with feathers and then only doing feathers on two of the larger hearts in the border.  I know it doesn't show, but in the top and bottom border, I did feathers in the center two hearts--on the sides, I did them in the outside. Then I filled in with lines. 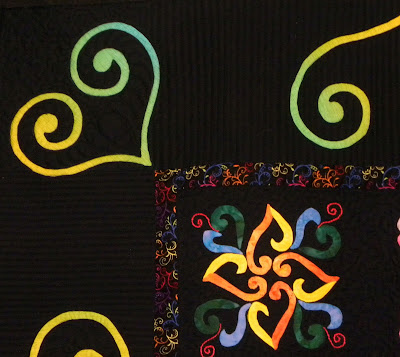 Below are just some close-ups to show off Megan's beautiful work. I quilted in some of the applique, but not all.  I wanted it to have a 3D effect. 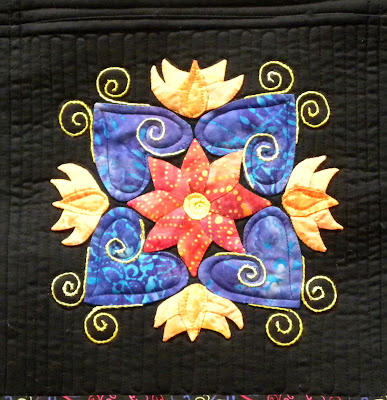 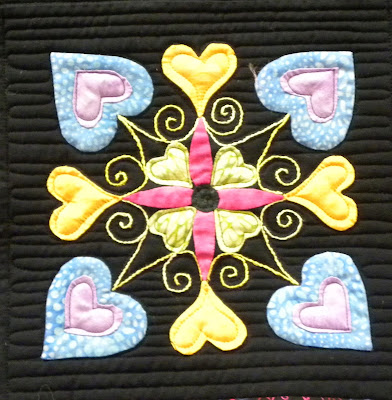 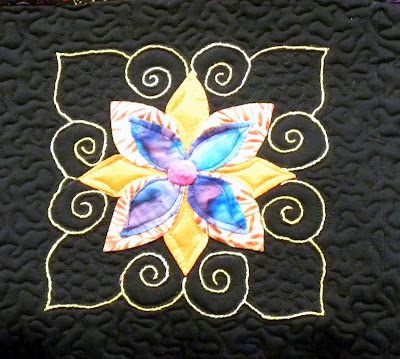 The back was this fabric which had a bit too much going on to really show the quilting. However, I thought this block looked neat on the back. 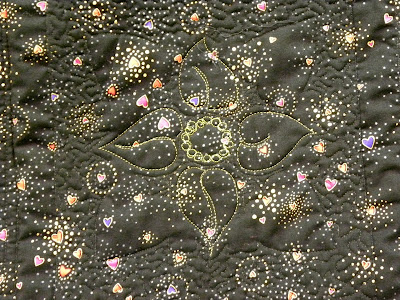 This quilt was in a show this last weekend. I'm waiting to hear how it did. Its stunning in person!

Posted by Crazy Horse Quilting at 4:30 AM 0 comments

I love, love, love this quilt! The pattern is made with those "X Blocks" and the fabric choices made this quilt beautiful! The colors were so vibrant--unfortunately, my photography skills leave a lot to be desired. 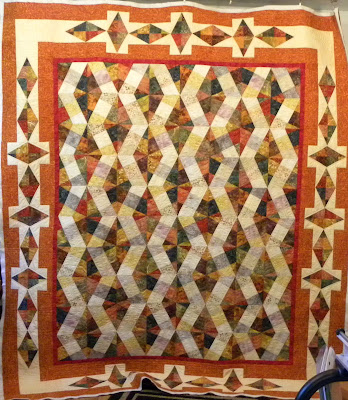 The hardest part was deciding what to highlight with the quilting. So many options, but I chose to just accent the different colors.  I did feathers in the diamonds and linework in the cream. 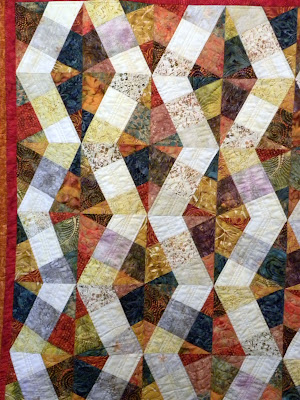 Because the corners were so unique, I decided to create a "shadow" block using the diamond shape. 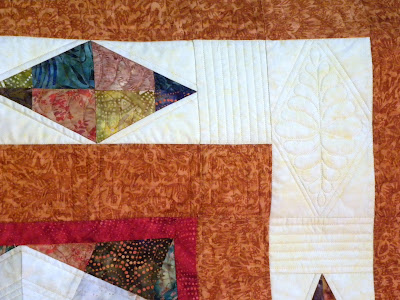 Finally, a shot of the back. Unfortunately, the quilting doesn't show up really well, but you can see the texture. 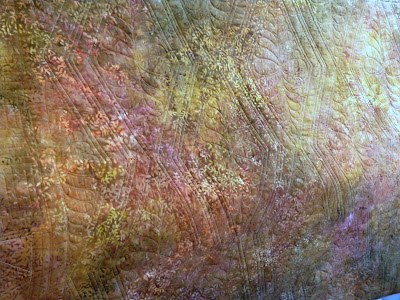 I sure hope they sell lots of tickets!!

Posted by Crazy Horse Quilting at 4:30 AM 0 comments

Labels: Customer Quilts, Opportunity Quilt
Newer Posts Older Posts Home
Subscribe to: Posts (Atom)
Notice the painting in my header?? This one is called "Big Butt" and is by Leslie Ann Webb. Click here to read about Leslie and see more of her work.