Lyn sent this quilt up from California in the hopes of having it back for the quilt show in April. She had it back, but alas, as with everything these days, the show was cancelled.  Its a pretty little quilt that she picked up on one of her many travels. 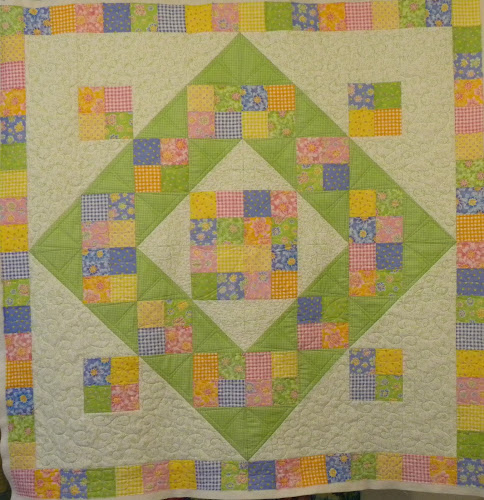 Because this quilt was so light and airy (for lack of better terms to describe it), I wanted to keep the quilting similar.  The first thing to decide, was what to put in that middle 12-patch. I opted for a CC-type flower with simple echoing to make it stand out. 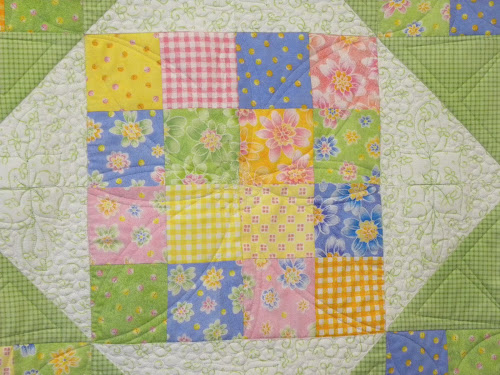 Moving out, I decided on a cute flower motif that I first saw in a Deloa Jones quilting design book. Deloa has some great ideas and is a wonderful teacher, should we ever get to take classes again. I surrounded the design with pebbles next to the center 12-patch. 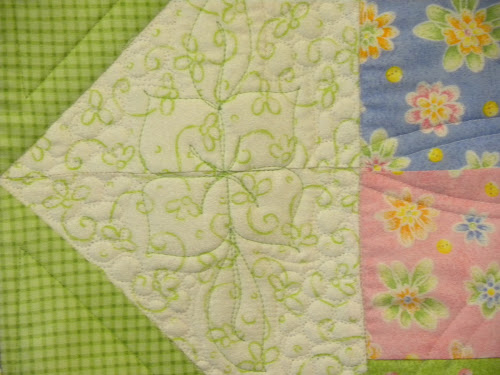 And then used it again, without pebbles in the borders and the eight-patch sections, throwing in a little dot-to-dot quilting ala Angela Walters. 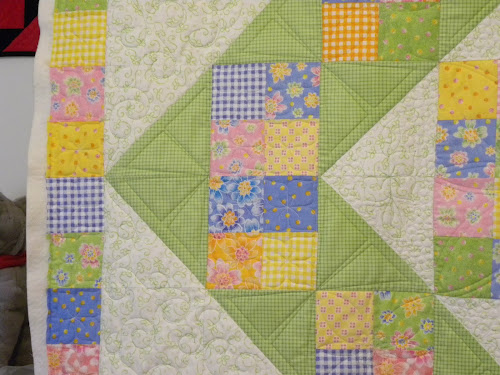 In the four-patch blocks, I repeated the 12-patch design for continuity. 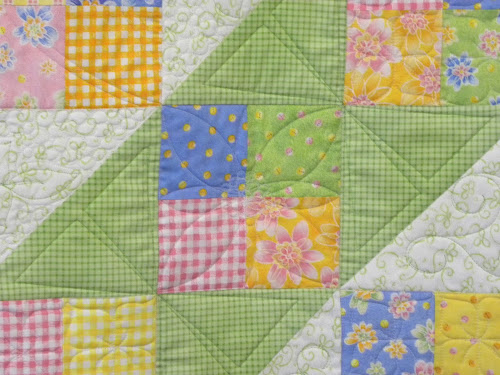 Finally, in the background, a simple swirl design filled in the open spaces to keep the design light. 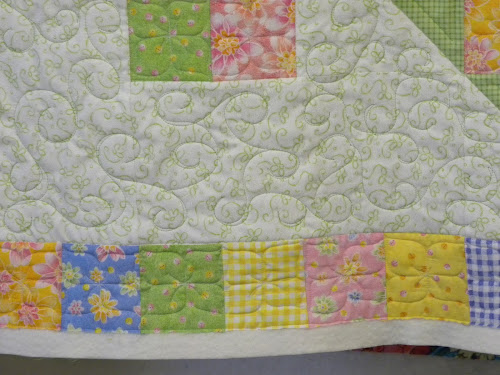 And a couple shots of the back... 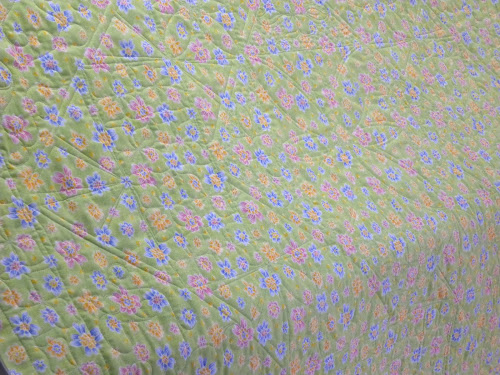 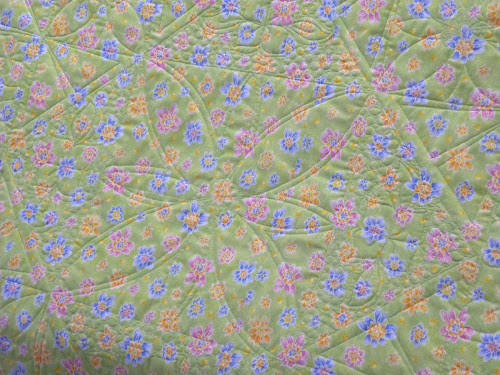 Thanks for looking!
Dory
Posted by Crazy Horse Quilting at 4:00 AM

Thanks so much for stopping by and leaving your comments! I love hearing what you have to say and I appreciate your taking the time to make your comments. Due to the amount of spam I've been receiving, please note that I will no longer be taking comments from "Anonymous." I'm so sorry for the inconvenience.

Older Post Home
Subscribe to: Post Comments (Atom)
Notice the painting in my header?? This one is called "Big Butt" and is by Leslie Ann Webb. Click here to read about Leslie and see more of her work.